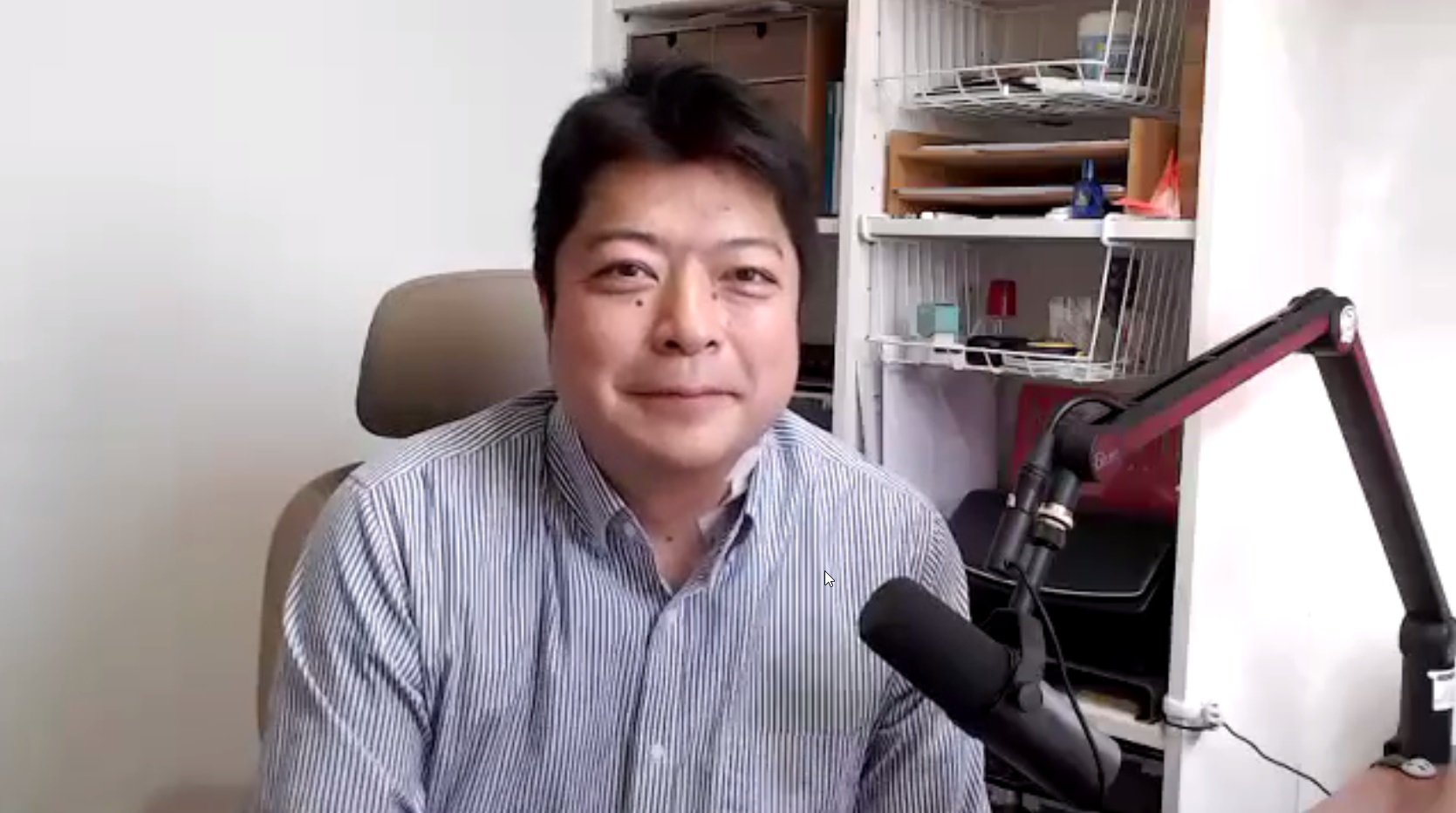 “Yaraku-Jin”, a series that introduces Yaraku is now online. It will feature the people deeply involved with Yaraku and YarakuZen, such as our team members who work at Yaraku, customers who use YarakuZen, and partner companies that collaborate with Yaraku.

As the first interviewee, we gladly welcome Shinichiro Tamaki, who was appointed outside director of Yaraku, Inc. in April 2021. 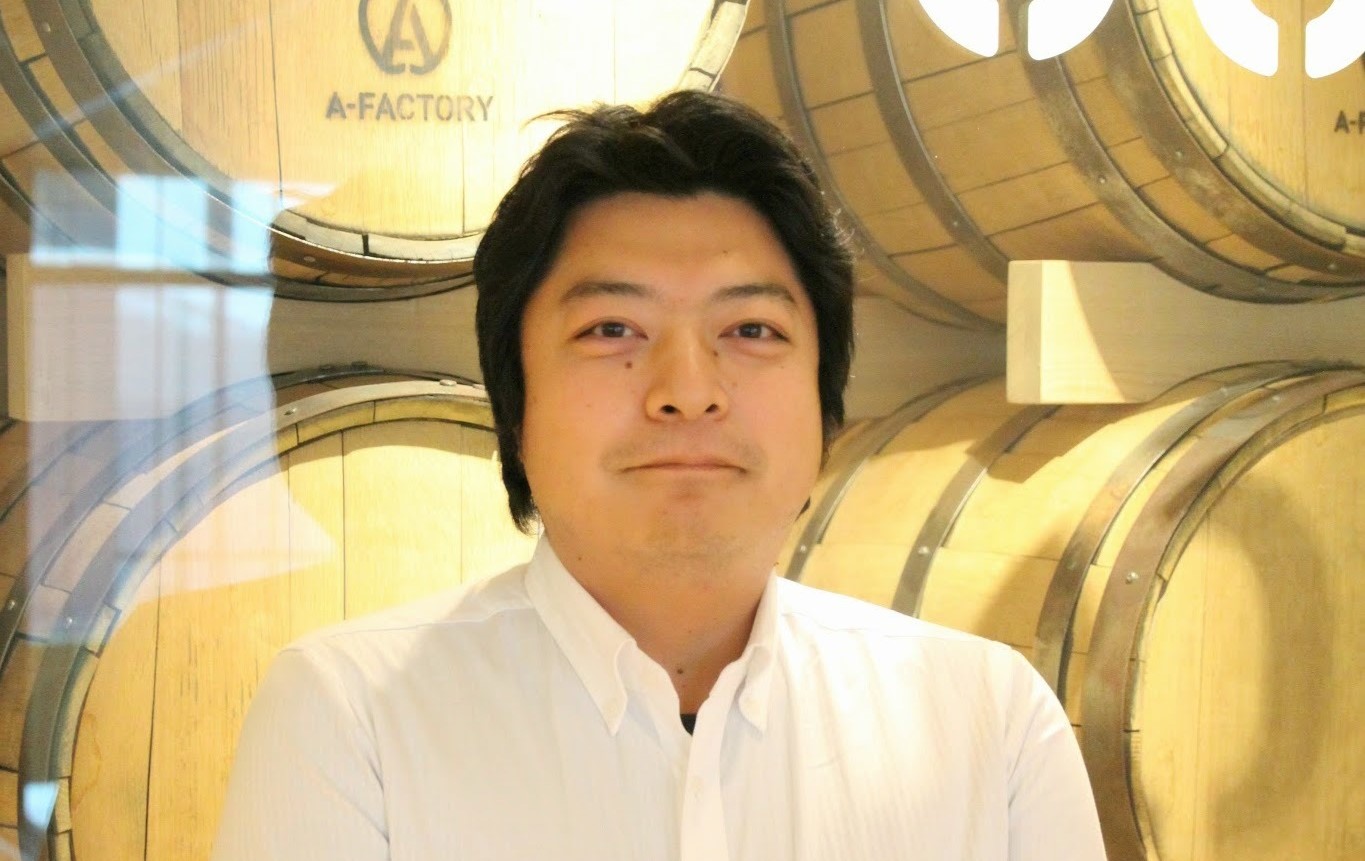 When he first met Yaraku – Having fun with fun people!

Q: First of all, please tell us about your background and how did you become an outside director of Yaraku.

I’ve loved games since I was young, and I majored in engineering at university aiming to become a programmer. However, as I continued studying, I realized that my love of programming paled beside my love of interesting ideas. So for graduate school, I joined the Department of Knowledge Science and Engineering of the Japan Advanced Institute of Science and Technology established by Professor Ikujiro Nonaka. It was a place where people could develop interesting/exciting ideas, regardless of our major. I studied planning services there, got a job at Nintendo, and started my career as a programmer.

After that, I gladly transferred to the planning service section. After several projects, I got involved in the Wii project. About nine years after joining the company, I started my own business at the age of 33. I wanted to make use of what I had learned at Nintendo to the outside, and to help revitalize my beloved hometown (Hachinohe City, Aomori Prefecture) in some way. First of all, I wrote a book called “How to Create Concepts“. Then while I was working in Hachinohe, Suguru Sakanishi, CEO at Yaraku suddenly visited me. We shared our plans with each other and talked about the book for a week. That was our first contact. The more I knew about Yaraku, the more attracted I was. Later, he offered me a position as an outside director of Yaraku, which I was happy to accept.

The appealing point of Yaraku, in my personal opinion, is that even though it is a company making business tools, they always think about ways to make using the tools a fun user experience. This concept matches my belief as I always desire to think of something exciting. And above all, I want to work with fun people! That is my first priority, so I’m happy to work with you.

Q: What was your initial impression of Yaraku’s products?

Even with tools used at work, if the feelings of the users are enriched, the product will become more than useful tools. As a result, the work goes well.

When you are told to study, that probably will not make you feel like studying. In the same way, even if you are told to “Please use this tool, because it’s useful”, it will not evoke the feeling of wanting to use it. Despite that, when it comes to work, we tend to think that it will be sold and used because it is useful. However, I found it attractive that the products of Yaraku such as YarakuZen cherish values beyond product usefulness. Going forward, I am going to work together with Yaraku in planning services and designs.

Another thing I can’t compromise on is taking good care of users. Companies usually value their products the most, but YarakuZen puts the first priority on having users enjoy using it, having fun working, and having fun communicating. I like all these points.

The future of YarakuZen – Simplicity is the key

Q: As a UI / UX expert, what do you think YarakuZen needs to evolve global communication through machine translation?

Obviously, it is absolutely necessary to improve the quality of translation, but it is meaningless unless customers use it, so we will consider “how users will use it“.

When people translate with YarakuZen, they can ask someone for help, help someone by sharing a glossary, and feel like they are collaborating with others, instead of translating alone. Offering users the feeling of being part of a team and working with everyone will eventually lead to an increase in the number of users. That is the ideal.

I also believe that keeping the system simple will help increase the number of users. When people do something, they do it because they have an idea or goal. From that point of view, a complicated system doesn’t encourage taking action. Keeping it simple will make people willing to try it. That’s why simplicity is essential for products. However, few products in the world value simplicity. YarakuZen is a product that aims to make users feel close to others, and being simple and motivated to use. I would like to develop it further while holding true to these concepts.

Corporate culture of Yaraku – An organic team rather than a company!

Q: Are there any characteristics of the corporate culture that you feel after entering Yaraku?

Yaraku has diversity in staff nationalities, flexible working styles, and an environment where women can work while raising children.

I like the independent, nonconventional mindset of Sakanishi, and I feel the team members have work with an attitude of “this would be fun” rather than simply “I’m being paid to do it”. It’s rare to maintain the unique “Let’s do it together while having fun” atmosphere of start-ups for such a long time. And that makes Yaraku different from other companies. With such an attitude, the team doesn’t get trapped into a rigid system. By always keeping the end-result in mind, it naturally leads to a flexible working style and consideration for women with children.

I would like to continue to promote activities to gather such team members. In order to reduce the burden on individual people, it is important to grow the team and create a comfortable workspace. And I want to increase the company’s profile and promote its values.

If Yaraku was some large, thousand-member company, this would not be enough but that’s for the future. The present-day Yaraku can’t be frozen in this state forever, but its good points are a match for its circumstances, with a philosophy of just going for it.

The future of multilingual communication – YarakuZen and  YarakuStick brings the world closer!

Q: From your own experience, how would you like Yaraku’s products to solve your problems on multilingual communication?

When I was at Nintendo, most products, including the Wii, were global specifications, so multilingual translation work was always essential. In most cases, they managed them with spreadsheet software, which was important, but dull work. So when I first saw YarakuZen, I was surprised that such an easy-to-use and aesthetically pleasing tool for B2B existed.

Therefore, I would like people who are doing dull work to use YarakuZen and realize the simplicity and the ease of use.

YarakuStick is a secret weapon for people who are afraid of foreign languages such as English and communicate with other people that don’t share the same language. If you have this, you can somewhat understand what other people are talking about. This feeling is important. Many people think that dealing with other languages is special or unique, but in a global society, it will become more common and casual. If that happens, this fear of foreign languages will spread to everyone. I want to make it in time to stop my fear. In particular, I do not understand languages other than English at all, so just knowing roughly what is going on in the conversation with YarakuStick will be fun and I can be close to the speaker. Creating such tools is interesting indeed.